What Can Marketers Learn From The New England Patriots?

The Patriots ability to execute the right play, at the right time with the right players makes them the envy of the NFL, so what can digital marketers learn from their approach to the business of football using ads from the Super Bowl? 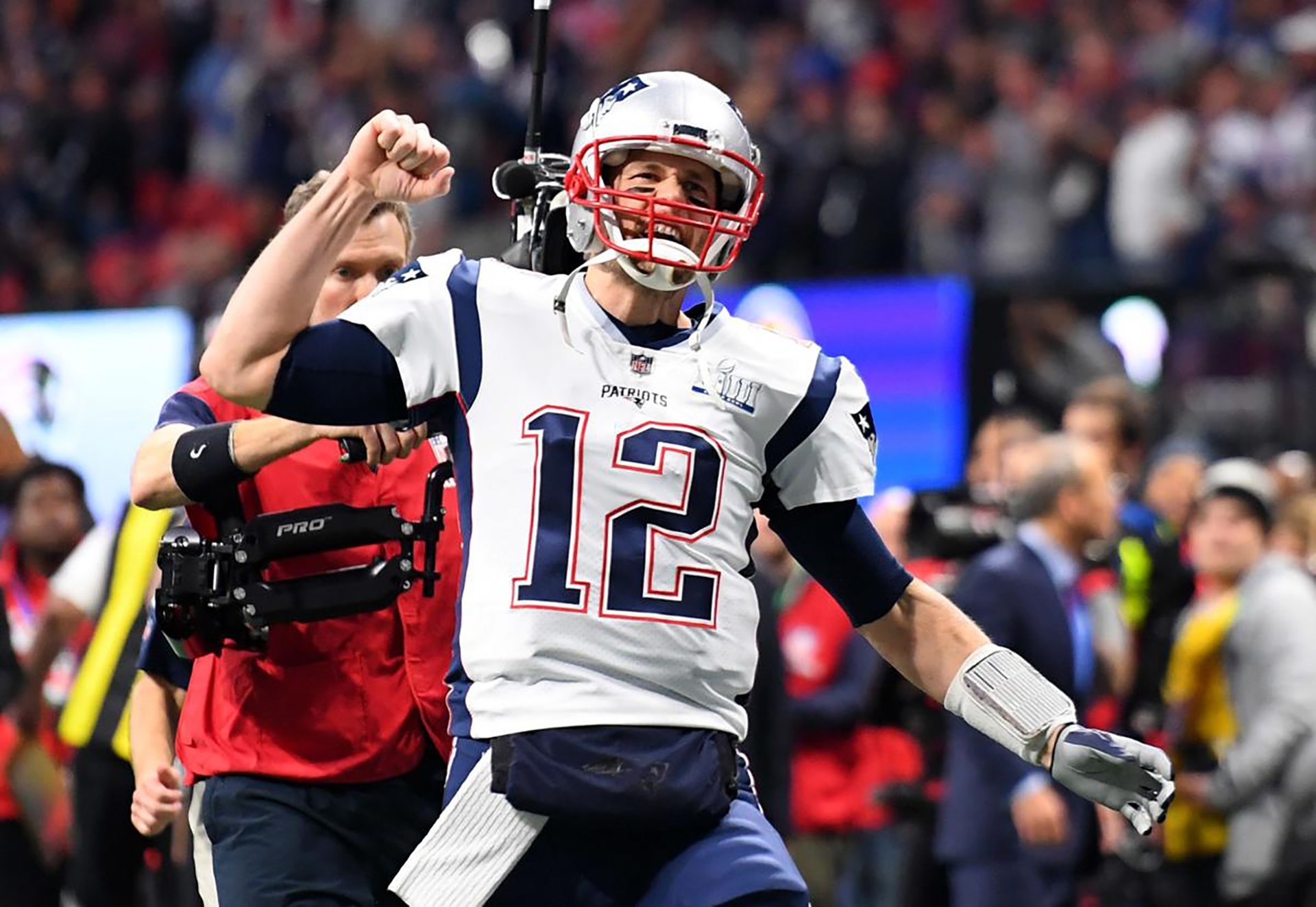 Another NFL season has come to a close.

The perennial favorites; the New England Patriots, have won yet another Super Bowl championship and put the rest of the league to shame.

As the offseason begins and advertisers, fans, players, reporters, and owners evaluate the 2018 season, I can’t help but draw a parallel between the dynasty that Bill Belichick, Tom Brady, and Robert Kraft have created and the common theme that the best advertisers relied upon during this year’s big game.

Being in a relationship signifies a long-term, loyal commitment.

The same rules apply in business. Relationship marketing is a way to cultivate ties between a brand and customers. Among the many definitions of the term:

Relationship marketing is a strategy designed to foster customer loyalty, interaction and long-term engagement. It is designed to develop strong connections with customers by providing them with information directly suited to their needs and interests and by promoting open communication.- Forbes

While I agree with the above, it leaves out one very important word. It kind of implies the word somewhat but does not include the actual word and it should for this word cuts right to the heart of the term itself and in particular the word “relationship.”;

The word I am referring to is “emotion.”

The trio of Ownership, Coach, and Quarterback, have each contributed to the organizations legacy and what is now the most successful team in NFL history.

Like all relationships, the trio’s relationship has experienced its share of ups and downs but over time the question as to which of the three leaders most contributed to the Patriot’s legacy will forever be debated by fans and historians alike.

At Trialfire, we believe in order to facilitate the debate, fans and historians like marketers need to be emotionally available to the fact that a methodology exists to measure the overall contribution of each player to the organization.

“The job of ownership is to keep continuity when you have something good. I think some people just make change for change’s sake, and I have a rule: We never break something down unless we can put something better in its place. And the Belichick-Brady combo has been pretty good. And I think as an organization, I think going back to what you said of putting distractions aside — whether it’s the media or just normal events — everybody checks their ego at the door and puts team first.” - The Sports Hub

Simply, the Patriot’s ability to execute the right play, at the right time with the right players makes them the envy of the NFL, so what can a digital marketer learn from their approach to the business of football using ads from the Super Bowl?

Football fans across the globe tuned in to the Super Bowl hoping that two of the NFL’s most prolific offenses would put on a scoring clinic but it wasn’t to be as the New England Patriots beat the Los Angeles Rams by a minuscule score of 13-3.

For most of the game, both teams failed to muster any offense until the 7 min. mark of the fourth quarter when the Patriot’s finally scored the only touchdown of the game. The TD was set up with a pass to Patriot’s, Robo-Tight End, Rob Gronkowski.

Now consider TurboTax whose single Super Bowl ad was executed to perfection even though it featured a creepy “RoboChild.” Creepy or not, this ad was arguably the most effective ad from Super Bowl LIII, by one single metric:

“According to Listen First Media, which monitored the change in Super Bowl LIII advertisers’ followers in the days after the game, TurboTax saw the most impact on its social audience across Facebook, Twitter, Instagram, and YouTube.” - Ad Age

The TurboTax spot was so effective the company, experienced the single largest surge of social media followers from a single Super Bowl ad and are now able to leverage these new relationships in the months prior to Tax Season. Like Brady and Gronkowski TurboTax was able to connect for a big play when it counted most.

Still, after seeing their epic collaboration with Bud Light, I plan to binge watch and catch up on the series because the brand dropped the perfect ad at the perfect time.

“Many viewers were no doubt stunned and perhaps confused to see the beer ad morph into a “Game of Thrones’ tie-in, but it was genuinely surprising and in terms of shaking up a day filled with otherwise predictable creative, kind of awesome.” – The Blade

In bringing the league’s third-best offense to Super Bowl LIII, the Rams were confident they had what it took to win but with carefully timed execution the Patriots emerged the stronger team for the sixth time in nine tries with Belichick and Brady at the helm.

When asked about his team’s loss, Rams’ Head Coach, Sean McVay, said, “I got outcoached.” Much like the GoT x Bud Light collaboration, Belichick was able to execute successfully thanks to his familiarity with the stage and his ability to identify the exact time when a specific play needs to be called for maximum impact.

Similarly, Bud Light’s familiarity with their audience demands during the Super Bowl led them to pair one of the most popular beers with one of the most popular shows of our time. By doing so, the brands’ decision fosters a relationship between two previously unrelated brands, which creates brand awareness and seamlessly integrates into both the Bud Light and GoT fan base at the same time.

Building A Fan Base

If given the choice, I prefer a nice craft or import beer.

Still, domestic beers hold a place in my heart and that is mostly due to some clever advertising. Previously, the Super Bowl ad that most resonated with me, and many in my generation was the Budweiser –WazzUp ads.

But I’m older now and social responsibility is more valuable to me than funny grown men screaming “WazzUp” to each other over the phone. Thus, by staying connected to what customers value, which is critical for brand loyalty, Anheuser-Busch has proven itself capable of evolving as a brand by emerging as a champion for renewable energy.

“There’s something delicious about Bob Dylan’s 1963 generation-defining antiwar anthem being used to hawk lager that is ‘brewed with wind power for a better tomorrow.’” - Ad Age

For the past seventeen years, the Patriots have created a portfolio of legendary Super Bowl moments for fans to recount, between fans and the team. Likewise, AB has created a bond with customers by evolving their brand messaging and catering to the current needs of their audience with a socially responsible ad during this year’s Super Bowl. This bond is crucial and gives way to profound customer loyalty.

Data is pivotal in creating an interactive relationship with consumers.

The Patriots relied on data and experience to formulate a strategy for victory in Super Bowl LIII, and through this football fans have something to celebrate and reason to engage with this team. TurboTax and Anheuser-Busch also leveraged data and emotional connections to drive brand awareness and community engagement that tugged at the heart strings of new and old customers alike.

The Patriots are a dominant football dynasty but all dynasties must come to an end.

Even in the world of advertising.

The advertisers that have had the most success with Super Bowl ads are beginning to see a new contender on the field. The Amazon group of companies have recently placed in the Top 5 advertisers in terms of spending which implies that the future of Super Bowl advertising or at least its biggest spenders is due to change in the future.

“Anheuser-Busch InBev and Fiat Chrysler tied as the largest advertiser in 2018, each spending $42 million. It’s a familiar position for A-B, In Bev, which has placed in the top two of the annual rankings for at least 37 consecutive years. Meanwhile, with a total spend of $26 million Amazon cracked the top five for the first time; the e-commerce giant only started advertising during the Super Bowl in 2016.” - Kantar Media

The emergence of Amazon in the list of Top 5 advertisers implies, there is still significant value in television as an effective medium to build trust and awareness amongst viewers regardless of declining viewership and audience fragmentation. By leveraging TV to build awareness and trust with consumers, Amazon has positioned itself as an IMC leader and could soon be the Super Bowls largest and most effective advertiser that leverages data to cultivate long-term, loyal brand engagement.

At Trialfire, in a world where Everything On The Internet is Fake, Knowing Empowers Us, Knowing Helps Us Decide and Knowing Keeps Us Free, which we believe, enables brands to better understand what data and metrics are relevant to build relationships with the right audience, at the right time and in the right place.

Jason Burke Connect Director of Growth @ Trialfire. MDes candidate at OCAD, Lover of sneakers and streetwear. I have an unparalleled ability to identify the right opportunity at the right time.
« A Better Approach to View-Through and Display Ad Measurement A Method To The March Madness »
comments powered by Disqus
Never miss a story from us, subscribe to our newsletter